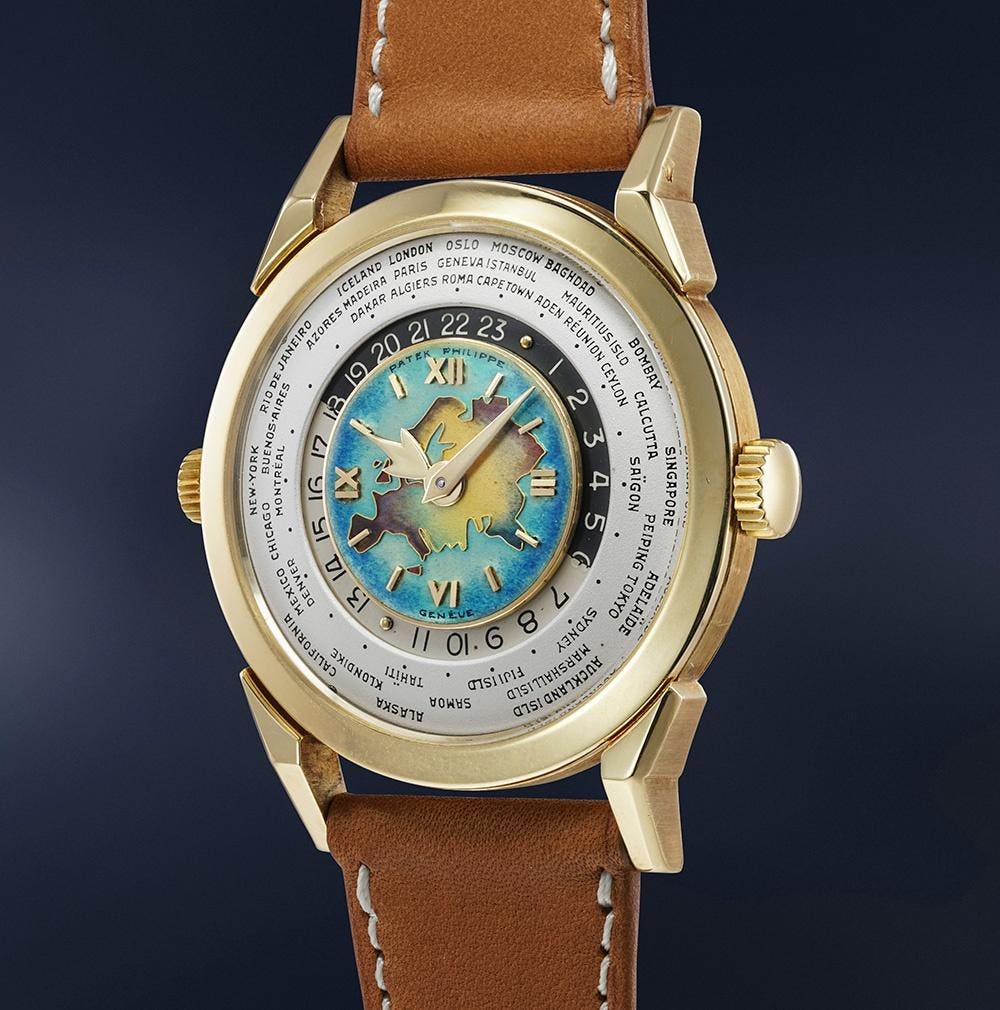 A Patek Philippe with two World Time crowns Ref. 2523 with a cloisonne enamel dial sold for $ 7,819,051 at the Phillips Geneva Auction XIII this weekend. It is also the highest price for a yellow gold wristwatch ever sold at auction. Dubbed the â€œSilk Roadâ€, it was the first of its kind with a cloisonne dial depicting Eurasia. The sale, held in Geneva, totaled $ 42,290,938 and was sold 100%. The sale, by Phillips in association with Bacs & Russo, marks the highest ever for a non-thematic or charity watch sale, with a total sale of more than 2.5 times the previous low estimate. sale.

There were four Ref. 2,499 perpetual calendar chronographs on sale, all recorded by a single collector, which sold for a combined total of $ 6.3 million. The Ref. 2499 is one of the most collectable vintage Pateks. The first examples date from 1949/1950, and the model was discontinued in 1985. Total production amounts to only 349 pieces in yellow and rose gold, and two additional pieces in platinum. The existence of an extremely small number of white gold pieces has been speculated but never confirmed. The Ref. 2499s in the sale include:

â€¢ A fourth series produced in 1985, the last year of production of this series, identifiable by its sapphire crystal, sold for $ 474,823.

Another rare Patek Philippe, a Ref. 570 Calatrava sold for $ 3,657,692, a world record for this reference and any uncomplicated stainless steel wristwatch.

Also in the top ten was a watch from the Opus watch series produced by Harry Winston in the 1990s under the direction of Maximilian BÃ¼sser (now of MB&F). The watch on sale was the very first Opus, associated with none other than FP Journe, a tourbillon with a shiny turquoise dial, a unique piece. It sold for $ 503,224.

Among the many watches made by independent brands was also a bright red Richard Mille RM 022 Tourbillon Aerodyne, one of 10. It sold for $ 838,706, a record for this reference. For more information on the results of the sale, please visit This site.