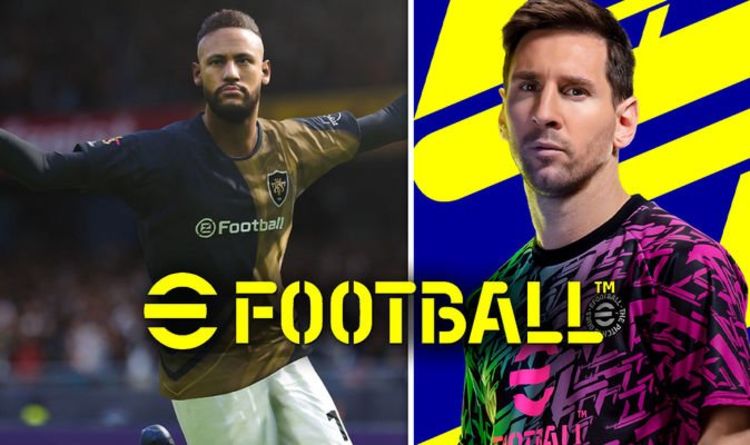 After years spent in the background of FIFA, Pro Evolution Soccer is relaunched as a free-to-play title.

Available as a free download, eFootball PES 2022 has a September 30 release date.

Judging from a recent tweet posted by Konami, eFootball 2022 will launch at 5:30 p.m. BST for almost every platform imaginable.

Sadly, however, there is no word on a version of Nintendo Switch, although it looks like the handheld / console hybrid could handle it.

eFootball 2022 will use a free-to-play model, which means you can download it for free, but you can pay for in-game items and coin packs.

In-game currency can be used to sign players in the eFootball equivalent of FIFA Ultimate Team mode.

Fans can also purchase starter packs on systems like PlayStation and Xbox, which contain bonus coins and items.

For example, the PlayStation eFootball 2022 Starter Pack contains the base game and 2,800 eFootball Coins.

Customers will also receive six Chance Deal items, which will allow you to sign top players for your custom squad.

If you don’t want to build your own custom squad and throw in some extra cash, then eFootball can be played for free as well.

This includes player-to-player and player-to-computer matches with real-world teams such as Barcelona, â€‹â€‹Manchester United, Juventus and FC Bayern MÃ¼nchen.

â€œTo ensure that all football fans can enjoy the ultimate one-on-one action, eFootball is available for free on multiple devices! Konami explains.

“In addition, in the near future, it will become completely cross-platform, allowing everyone to have fun without being held back by the device of their choice.”

When it comes to gameplay, Konami claims that eFootball 2022 has a brand new football engine.

It would reorganize the animation system, crowds, locations, and even the control system.

â€œIt all started with the relentless determination to create a revolutionary football experience,â€ Konami explains.

â€œOur ambition was to recreate the perfect football environment, from the grass on the pitch, to the movement of the players, to the crowd in the stadium.

â€œTo this end, we decided to create a new football engine, with a redesigned animation system and game controls. The end result was even more impressive than we had originally imagined.

With the launch of FIFA 22 just 24 hours later, this year’s virtual soccer battle is expected to be a stopper.