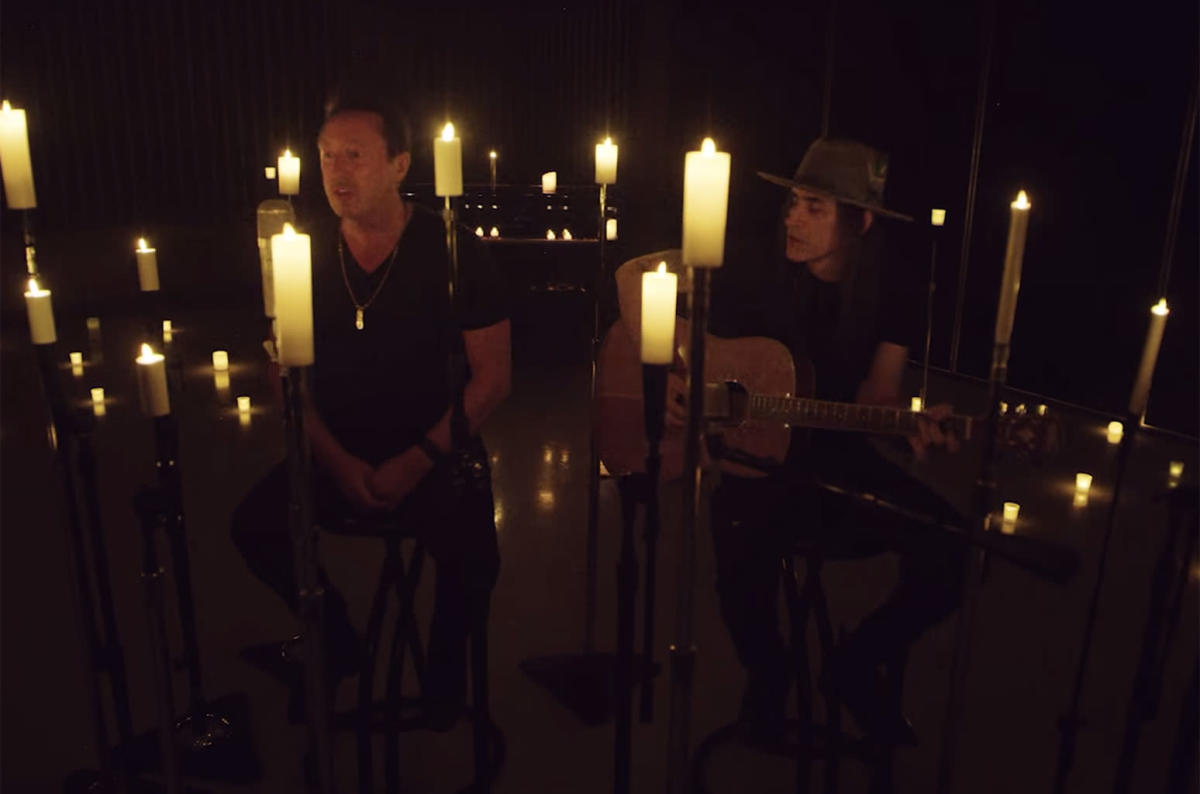 Julian Lennon has broken his musical vow to help the Ukrainian people. The singer-songwriter, who is the son of John Lennon, performed ‘Imagine’ in public for the very first time to help raise money for Ukrainian refugees during the Stand Up For Ukraine fundraising campaign from Global Citizen on April 8.

Julian shared his performance on social media with a long caption discussing his decision to finally perform his late father’s iconic peace anthem.

“The war on Ukraine is an unimaginable tragedy…As a human being and as an artist, I felt compelled to respond in the most meaningful way possible,” he wrote. “So today, for the very first time, I publicly performed my dad’s song, IMAGINE.”

Julian explained what made him decide to perform the song for the first time in his decades-long career. “I always said the only time I would consider singing ‘IMAGINE’ would be if it was ‘End of the World’,” he wrote. “The song reflects the light at the end of the tunnel, which we all hope for… Due to the ongoing deadly violence, millions of innocent families have been forced from the comforts of their homes to seek sanctuary elsewhere. ”

The 59-year-old musician ended his message by urging “world leaders and all who believe in the IMAGINE sentiment, to stand up for refugees everywhere!” Please plead and donate from the bottom of your heart.

Julian performed the song in a dark setting, surrounded by dozens of candles. He was accompanied by Extreme leader Nuno Bettencourt on acoustic guitar.

Check out Julian’s performance below.