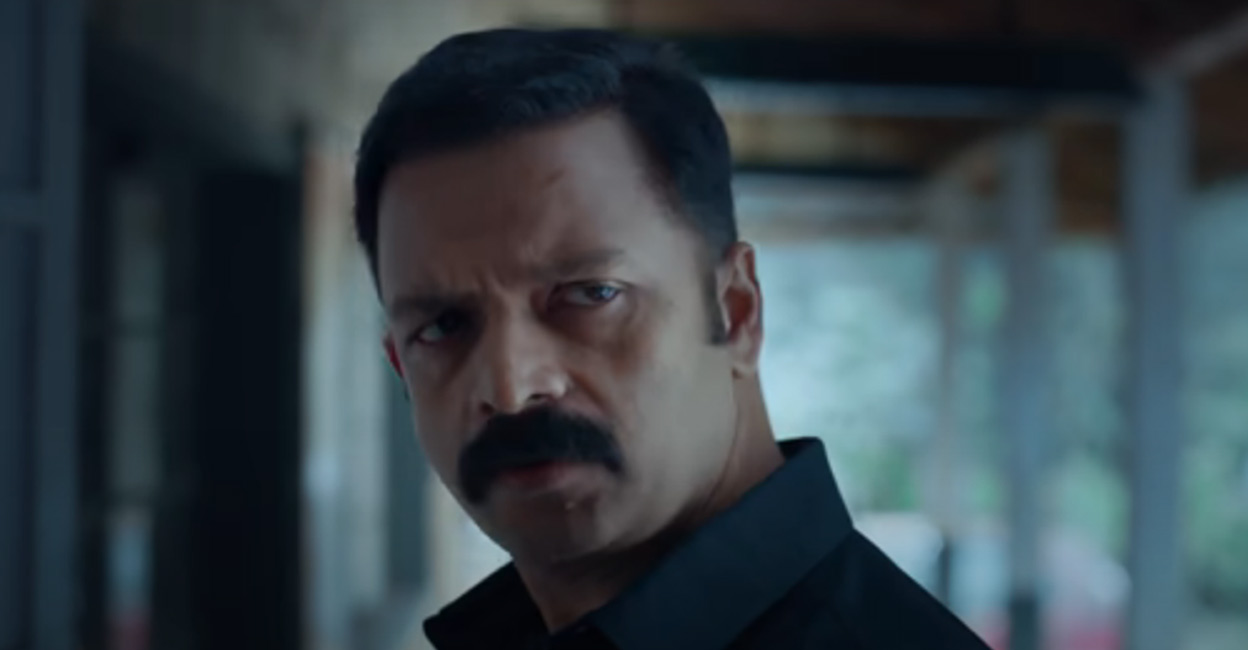 In previous Jayasurya outings, we’ve seen the actor at his emotional best – a struggling alcoholic, an RJ with a speech impediment, and a successful footballer losing his battle with depression.

However, in Abhijith Joseph’s “John Luther” he doesn’t show many of these emotions, instead focusing on being a tough cop determined to do his job.

The film, which is largely set in the foothills of Munnar, begins with a bang, wasting no time in telling the audience that the film will be full of suspense. It follows a bus navigating a hairpin curve that is forced to stop halfway when the driver and passengers hear an unexpected noise, resembling a tire burst. However, the scene turns dark when the passengers find a corpse on top of the vehicle.

We are soon informed that there were two people involved in the accident, which caused one person to fall on the bus. The other person, however, disappears. Circle Inspector John Luther (Jayasurya), who is investigating a political murder bid in the area, takes on the case. The Inspector begins to follow every clue, leading him on a wild goose chase in the opening scenes.

He soon begins to pick up the pieces, when a series of other missing man cases begin to pile up under his jurisdiction. Deepak Parambol as Police Inspector Felix, is also involved in the investigation.

However, at this point the script begins to falter as the director tries to squeeze a lot of plot lines into one main narrative. It’s a challenge for a newbie and Abhjith is to be appreciated for trying, but his attempt to direct an investigative thriller on a large canvas feels like a burden on himself and on viewers. If the movie started out with a bang, it wastes a lot of time trying to find closure, resulting in lag, despite a decent amount of twists.

The subject matter is not fresh and does not stand out as missing man cases and serial murders have become fodder for Malayalam cinema many times in the recent past. However, it achieves some novelty when John Luther goes partially deaf due to an incident during the investigation. How he manages to solve the case despite his disability is interesting to watch.

Jayasurya didn’t fail to impress, but his usual magic seems to be lacking in the film, forcing him to have a tougher demeanor. His expressions are nevertheless correct. Deepak Parambol has the chance to improve his range as he is doing a good job as a police inspector. As the father of John Luther, Siddique does a brilliant job. Although Dhrishya Raghunadh (John’s sister) and Athmeeya Rajesh (John’s wife) have little to do, they play their roles convincingly. The background score is effective even if it tends to be shocking at times.

Apart from a few flaws and a story that can seem repetitive, going to the cinema to see the film will not seem like a bad idea.

Dog cuddling with his little puppy brother for the first time. Watch | Tendency