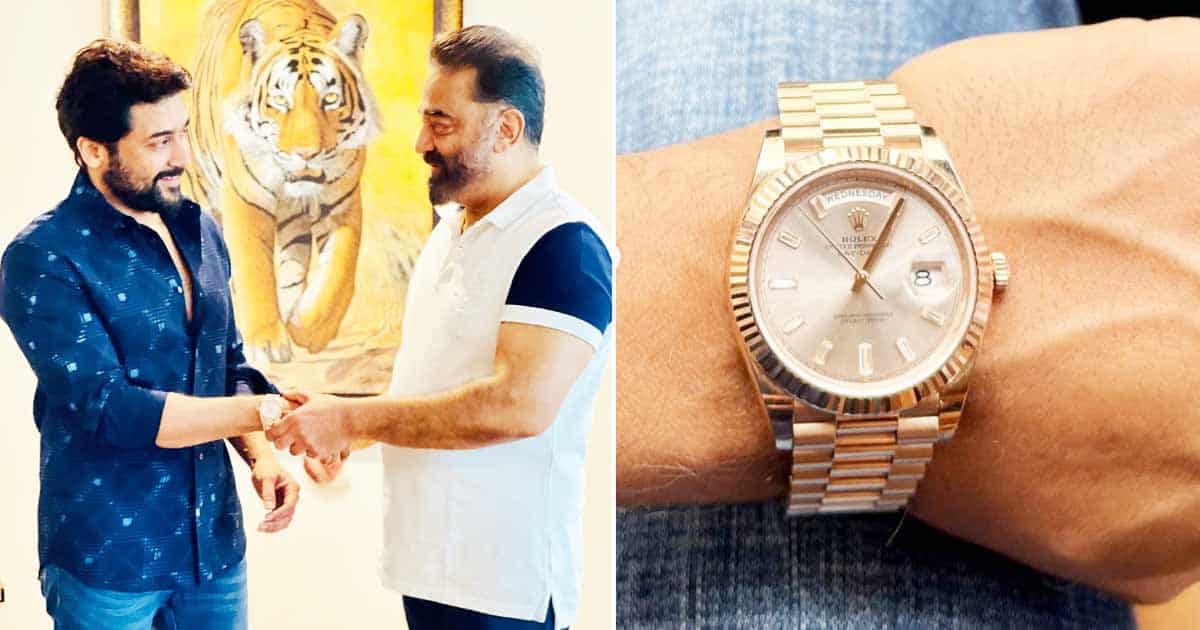 After gifting director Lokesh Kanakaraj a car and all his assistant directors a motorbike each, superstar Kamal Haasan gifted actor Suriya his own Rolex watch for his cameo performance in the action thriller “Vikram.”

Suriya, who appears at the end of the film, interestingly plays a character called “Rolex” in the film.

Director Lokesh Kanakaraj and Kamal Haasan, delighted with the overwhelming response to their box office record-breaking film, called Suriya at his residence to thank him for his contribution to Vikram.

Suriya then posted photos of the gift presented by Kamal Haasan on Twitter and tweeted, “A moment like this makes life beautiful! Thank you Anna for your Rolex!”

A moment like this makes life beautiful! Thank you Anna for your #Rolex! @ikamalhaasan pic.twitter.com/uAfAM8bVkM

3 reasons to buy a watch from the latest watch brands