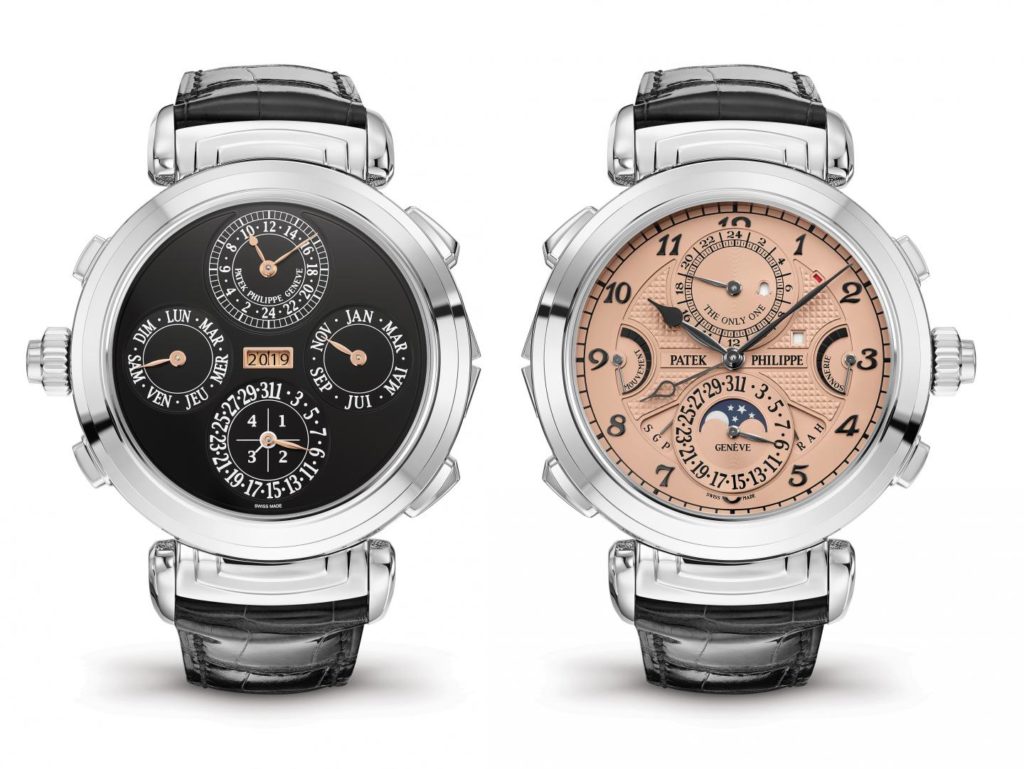 The charity auction of the Monegasque Association against Myopathies (AMM) in Geneva reached new heights with the dispersal of 50 unique watches, which raised 35 million euros, including 28 million for a Patek Philippe.

This unique prototype, sought after by collectors, was the star of a unique Swiss session of the Only Watch collection. 50 unique pieces offered by the biggest brands in the watch industry, put on sale to support the Monegasque association against myopathies (AMM).

The half-yearly event raised 9 million euros in 2017. This time it amounted to 35 million. An absolute record. â€œI knew that everything was possible on this sale, I felt it by going around the world to present this collection. says Luc Pettavino who initiated the adventure in 2005. Only Watch is the adventure of his life, “A personal story that I transformed into a universal project”, he says.

The personal history of his family. His son Paul, carried away by Duchenne muscular dystrophy from which he had suffered since his birth. In the early years, Paul was the ambassador of this cause that he embodied. His courage survived him, planted in the memory of those who crossed his path and carried by the energy of his father.

“MAKE BEAUTIFUL TO DO GOOD”

“Only Watch, there are thousands of hours of discussion that have released a lot of energy since 2005” said Luc Pettavino. One of the keys to the success of this event sale every two years.

In the recipe, he cites the creativity of watch companies, a captive market with great collectors, and the skills of the Only Watch team. “There was an immediate understanding in this project of the idea of â€‹â€‹doing good with beauty.”

The advantage is the possibility of offering financial independence to teams of expert researchers in France, Monaco and Switzerland, who advance research related to Duchenne muscular dystrophy.

One of the most serious genetic diseases in existence that affects muscles and still has no cure. The disease affects one in 3,000 boys at birth. With major financial support from the AMM for nearly two decades, scientific confidence is starting to emerge.

â€œClinical trials should begin in 2020, with the ultimate hope of being able to access a generic drug that is accessible to as many people as possible. An intravenous drug that can enter any muscle in the body to repair the damaged gene that affects how it works.

In Geneva, a few hours before the sale, Luc Pettavino received the special jury prize of the Grand Prix d’Horlogerie de GenÃ¨ve to reward his vision of bringing the watch industry together to get involved in this cause.

At his side, on the day of the session orchestrated by Christie’s, he was able to count on the best ambassadors of the Principality: Prince Albert II and Charles Leclerc, both sensitive to the cause in general and to the history of the family. Pettavino in particular.

Thanks to this energy and the explosive results of this sale, Luc Pettavino began to plant the seeds of the 2021 edition. “It will be a change in continuity, with collaborations with artists perhaps, not to repeat itself. . “

The world’s most expensive watch sold for $ 31 million

Stop! We’ve been cooking rice the wrong way around all this time