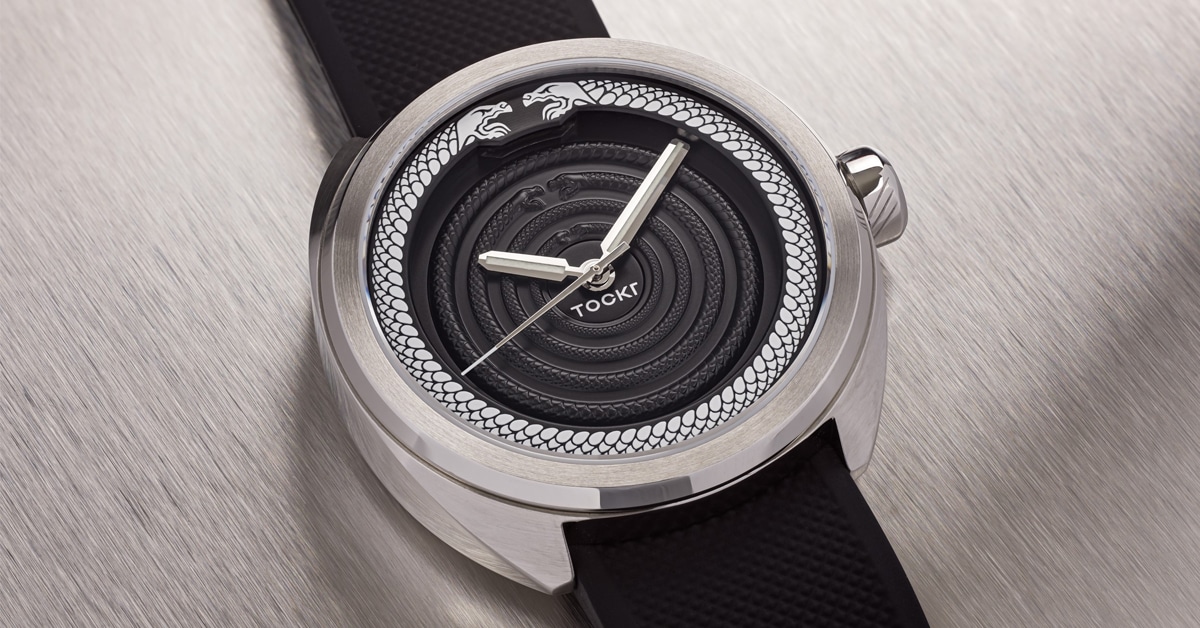 American watch brand Tockr has teamed up with Amazon Prime Video and Sony Pictures Consumer Products to create a wristwatch based on the hit fantasy series The wheel of time.

simply called Tockr x Wheel of Time watch, this limited edition unisex watch features a luminous dial with an ouroboros serpent design signifying the powerful and eternal nature of time, alchemy and rebirth. In the television series, this ouroboros serpent is known as the “Great Serpent”. Aes Sedai, or women who can channel the One Power, favor this serpentine icon, some of them even wearing a gold ring with this symbol. 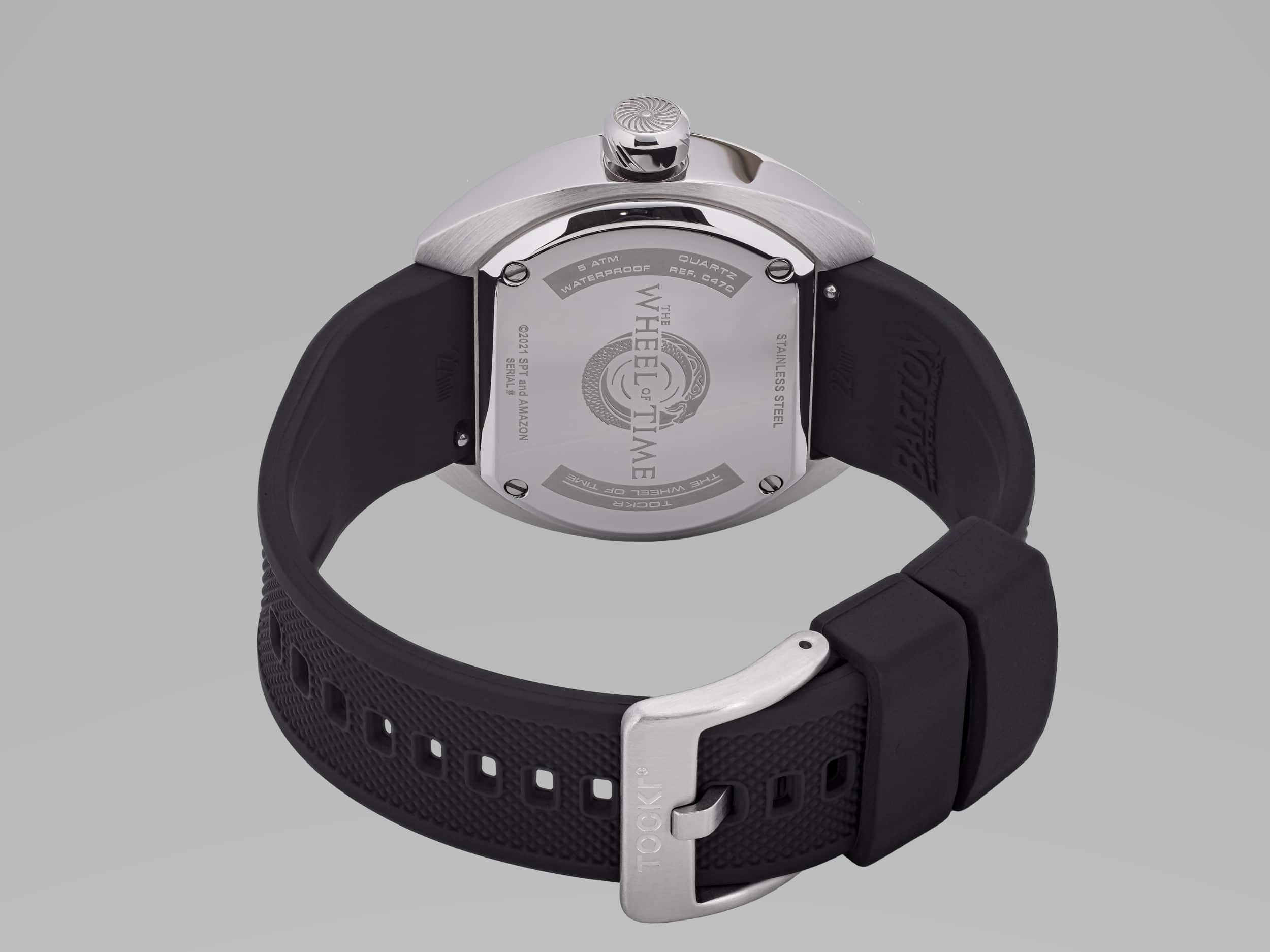 In the daytime, a glowing serpentine creature emerges from the depths of each dark black dial, illuminated in a blaze of brilliant white grade X1 Swiss Super-LumiNova. At night, the largest snake appears in a mystical, glowing blue, which is a nod to the ajah chosen by Moiraine in the TV series. At the center of the dial is the Tockr logo, which contains the watch’s silver hour, minute and second hands. 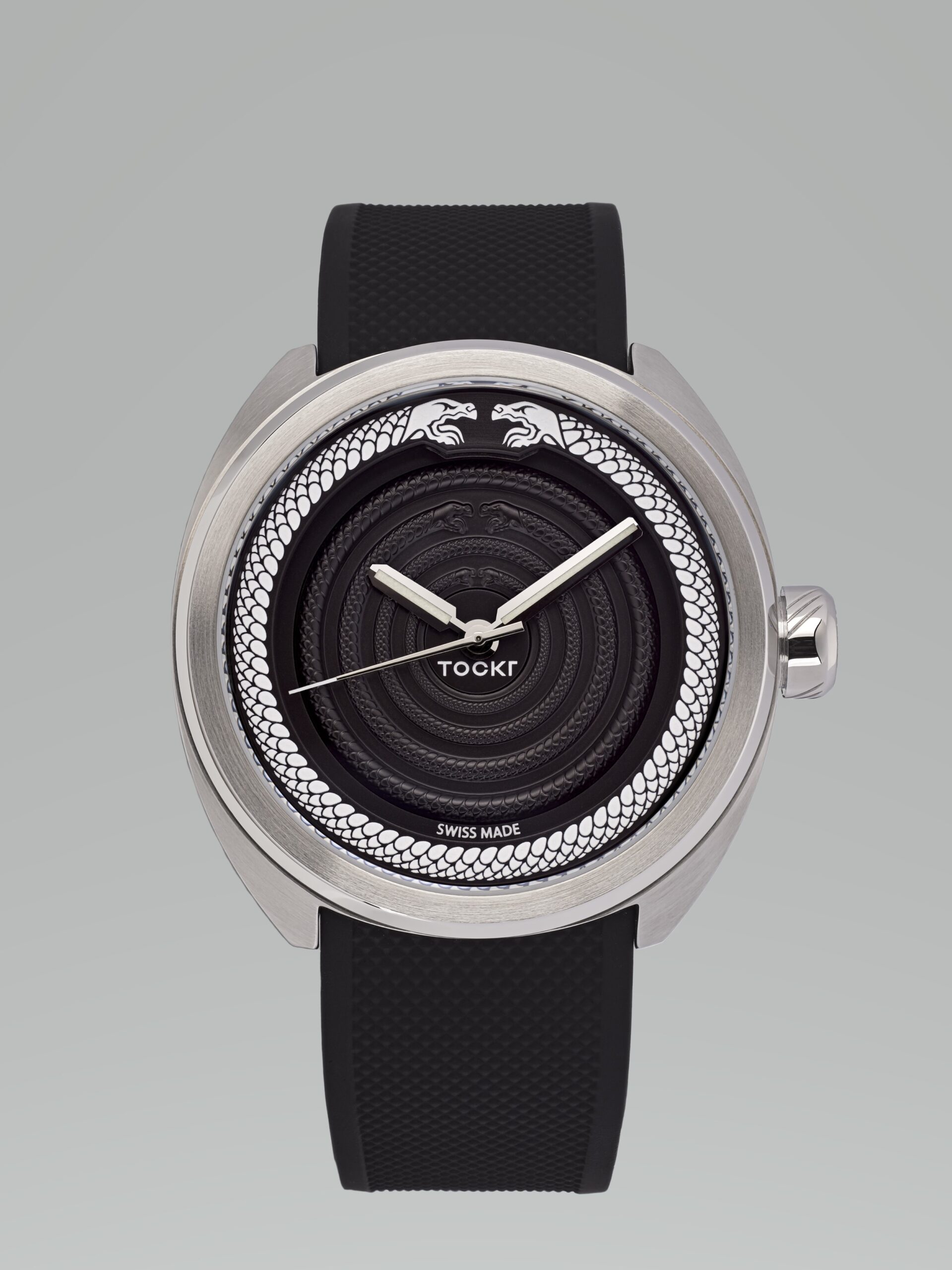 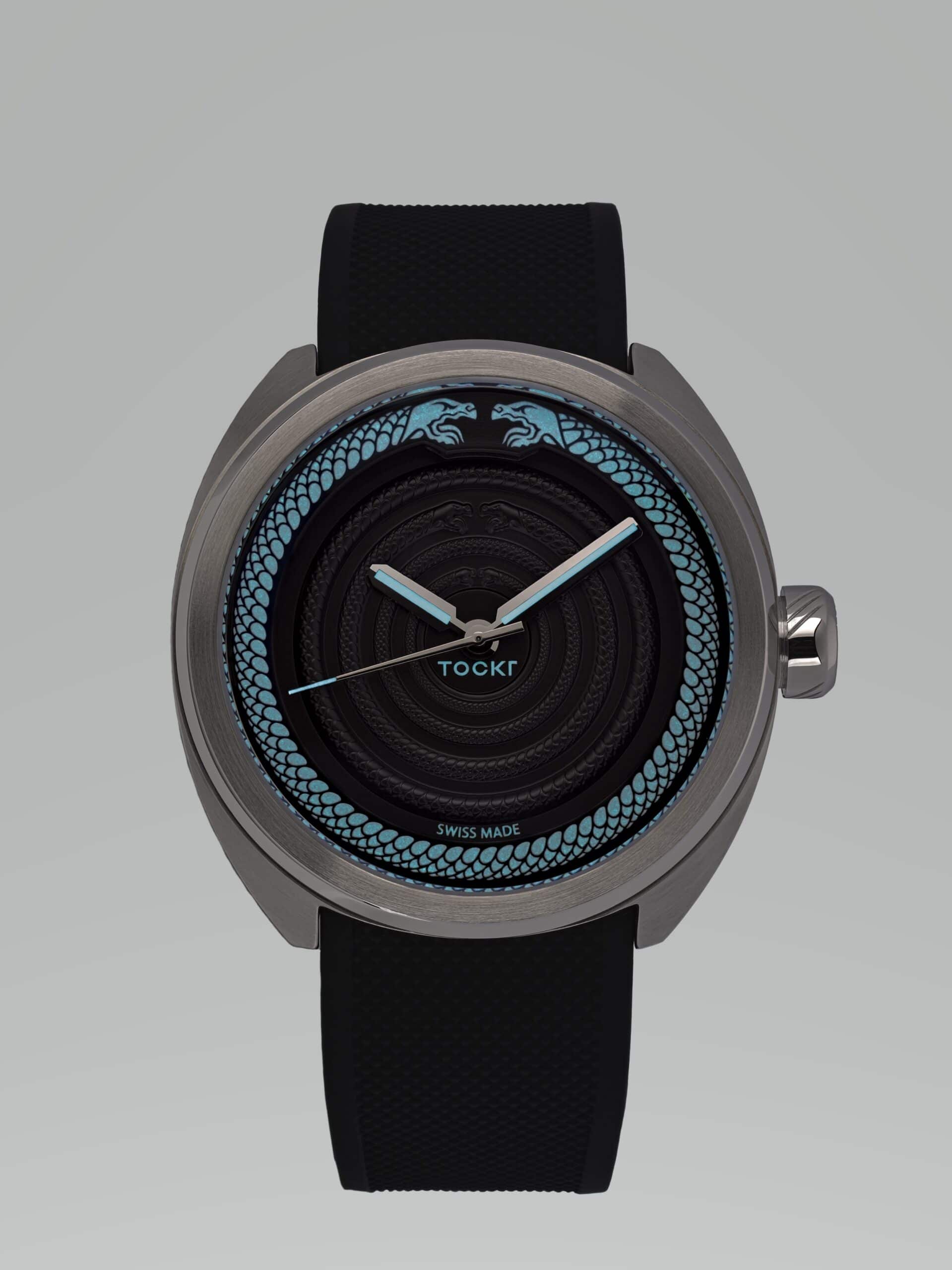 Powered by a high quality Swiss quartz movement, the watch also features a 42mm stainless steel case with a solid caseback that bears a richly detailed engraving of The wheel of time logo and a unique engraving of the serial number. The wristwatch also features a textured black silicone strap that subtly mimics the scales of the snake, complete with a stainless steel pin buckle engraved with the Tockr logo. Each watch comes with a personalized The wheel of time branded leather pouch, which makes it even more collectable.

Priced at $449, the Tockr x The Wheel of Time watch is now available for pre-order exclusively on Tockr.com, with delivery expected early this year. Tockr ships worldwide.

In a press release, Tockr co-founder Sophy Rindler said the collaboration allowed the brand to explore new themes outside of aviation, travel and the military. “This project challenged Tockr to broaden our horizons as a brand,” Rindler said. “Aviation will always be part of our DNA, but now we are thrilled to take collectors on journeys of imagination and discovery, as we have done here, inviting them into the world of The wheel of time.”

Launched last November, season 1 of The wheel of time wrapped its eight-episode run last December. Amazon Prime Video renewed the series for a second season last May, six months before its launch.

“CashPlease”: a small bank launches an alternative to payday loans